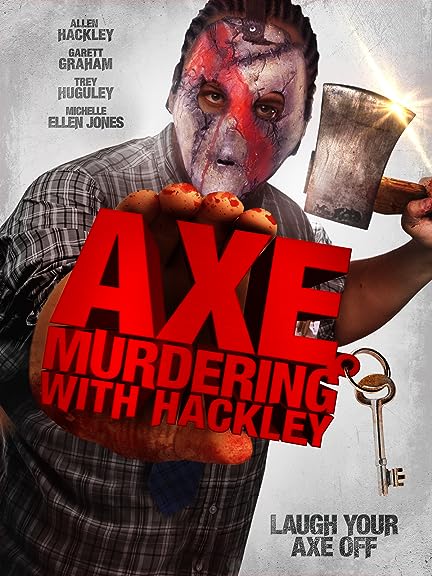 What do you get when you spend years attempting to find funding for feature film projects only to have them dissolve, each time a little closer until you finally crack? Axe Murdering is what you get. A lot of Axe Murdering. 20+ years ago I decided filmmaking was my calling, so I started making short films. I made a lot of them. One of those was a featurette (which is another way to say, I didn’t know any better so made something that wasn’t a short and wasn’t a feature). I was very proud of this featurette, but I was also very pissed off about it. We put so much time into this, only to have it look nothing like the films I loved to watch. Why? Because we shot it on Mini-DV — the VX-1000 — just like every other low-budget filmmaker at the time. So I said; NO more of that, the quality is too low, whatever we do next has to be shot on film. This was before HD, and the RED camera — which is another story I’ll tell someday. So it was that I started saving short-ends in a fridge in the garage. We were going to shoot on film, dammit!

Anyway, long story short(er), even with refrigerated short-ends and a 35mm camera on hand, we still couldn’t afford it. Flash forward a few more years in the HD era and I, along with some very funny friends, did a 48-hour film fest, which inspired us to do more — to do something bigger with some of those ideas we were coming up with at the time. This later blossomed into a no-budget comedy feature film called Axe Murdering with Hackley. And that was my first feature film as a director. You can check it out in a few places, but linked here is the Amazon Prime location.

Enough about me and my trials associated with getting to my first feature film, go check it out. It’s damn funny. If you are into the old horror films of the 80s then you’ll get the jokes and it’ll be even funnier.